The Heartland Town Center Tax Increment Reinvestment Zone (TIRZ) was created in December 2017 and amended in April 2020 to encompass 148.681 acres. The TIRZ expires on December 31, 2055 and includes an 121.282-acre Public Improvement Zone (PID) that was created in 2017 to be contiguous with the TIRZ. While the TIRZ encompasses the entire 148.681 acres of the Heartland development the PID only includes the 121.282-acre tract which will develop as single-family residential. The TIRZ tax increment for the residential tract is 62.5 percent of the City’s captured value and the City is the lone jurisdiction participating. The total value of the residential development at completion is expected to be $107,470,000. The residential tract is being developed in two phases with Phase 1 nearing completion and Phase 2 beginning in 2022.

The retail tract is being developed by the Huffines Communities as a major high value retail center. The 130,000 square foot center with an estimated $28 million taxable value will be anchored by a 50,000 square- foot grocery store and will include six major pad sites for restaurants and a mixture of retail and office in a quality atmosphere and architectural features that will provide an upscale, hill country modern feel for the consumer. The TIRZ tax increment for the retail tract is 25 percent of the City’s captured value and the City is the lone jurisdiction participating. 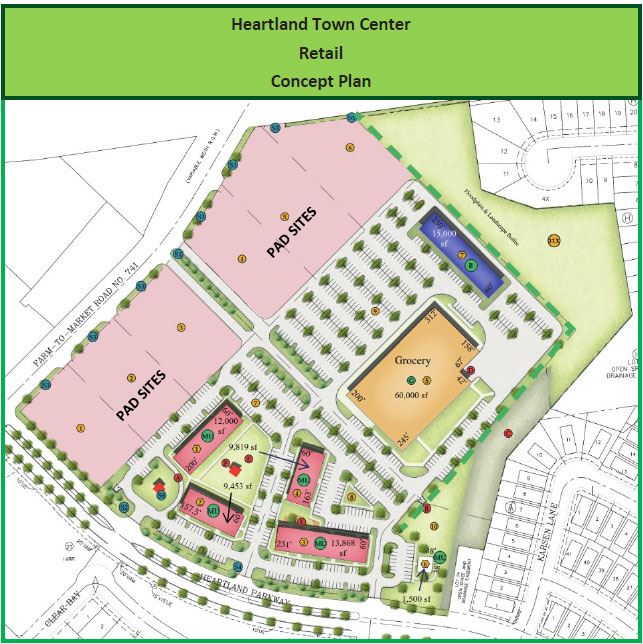