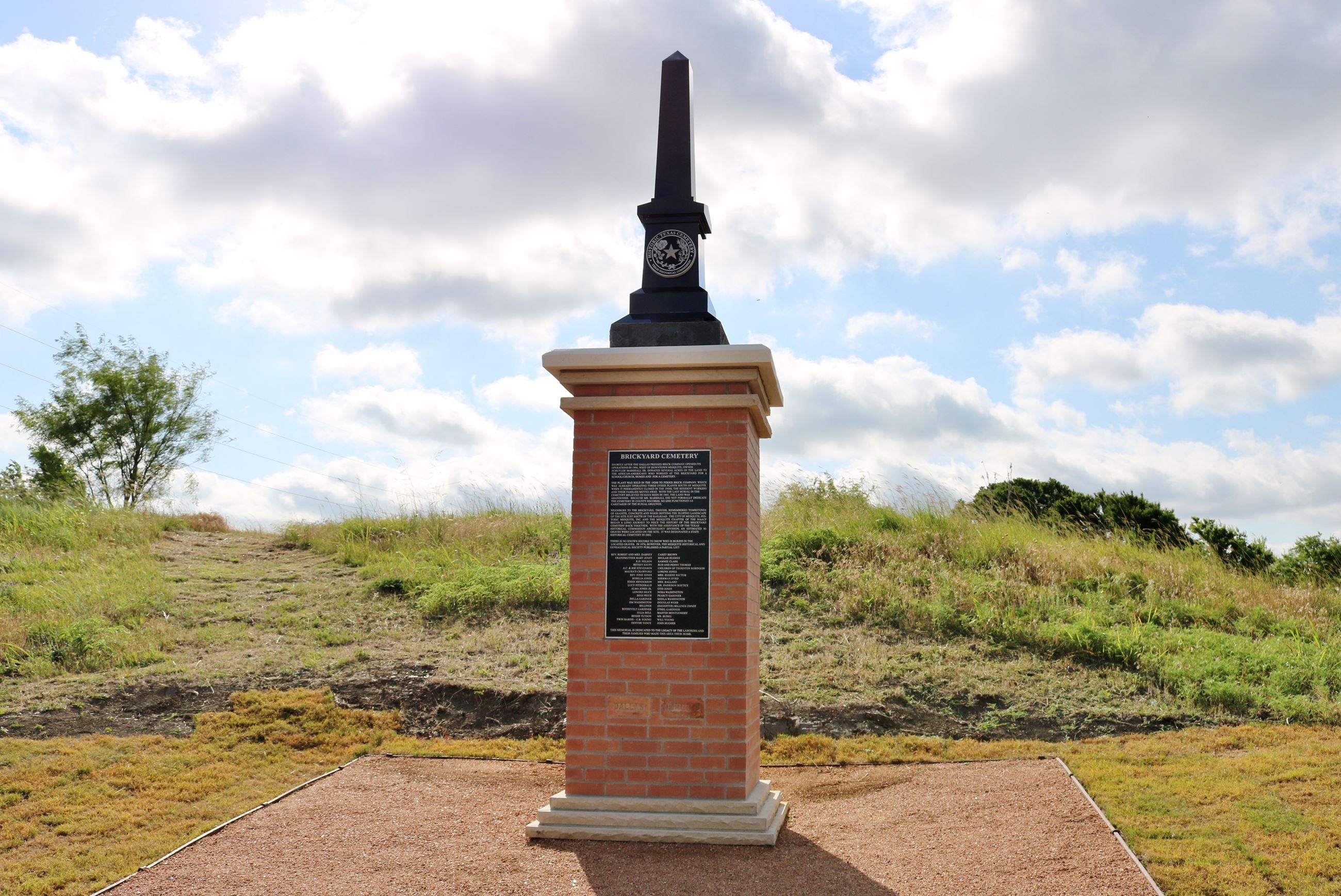 A public dedication ceremony for the Brickyard Cemetery Memorial was held on May 31, 2018 at North Peachtree Road and Clary Drive.

Shortly after the Dallas Pressed Brick Company opened its operations in 1904, west of downtown Mesquite, owner Schuyler Marshall, Sr. donated several acres of the land to the African-Americans who worked at the brickyard for a school/church, homes and for a cemetery. This land is located on Peachtree Road, between the railroad tracks and the concrete channel on the east side of Peachtree Road.

The plant was sold in the 1920s to Ferris Brick Company, which was already operating three other plants south of Mesquite. When the plant permanently closed in the 1950s, the resident workers and their families moved away. With the last burial in the cemetery believed to have been in 1945, the land was abandoned. Because Mr. Marshall did not formally dedicate the cemetery in County records, no one functioned as caretaker of the burial grounds. However, the City of Mesquite acquired ownership of the Brickyard Cemetery and the surrounding acreage in 2001 and now maintains the property.

The City of Mesquite, Historic Mesquite, Inc. and the Mesquite Chapter of the NAACP began a long journey to piece the history of the Brickyard Cemetery back together. Neighbors to the Brickyard remembered tombstones of granite, concrete and wood dotting the sloping landscape of the site just south of the railroad. With the assistance of the Texas Historical Commission Archeology Division, an estimated 80 graves were located on the site. It was designated a State Historical Cemetery in 2002.

Fundraising for a memorial monument was finalized in 2018. The Brickyard Cemetery Monument is dedicated to the legacy of the laborers and their families who made this area their home. On April 26, 2018, the first step in establishing a permanent memorial for the Brickyard Cemetery was completed with the encasement of artifacts found at the site. The artifacts were placed in a box and lowered into the base of the monument.

Although there is no record to show who was buried in the located graves, the Mesquite Historical and Genealogical Society published a partial list of those interred in 1976: