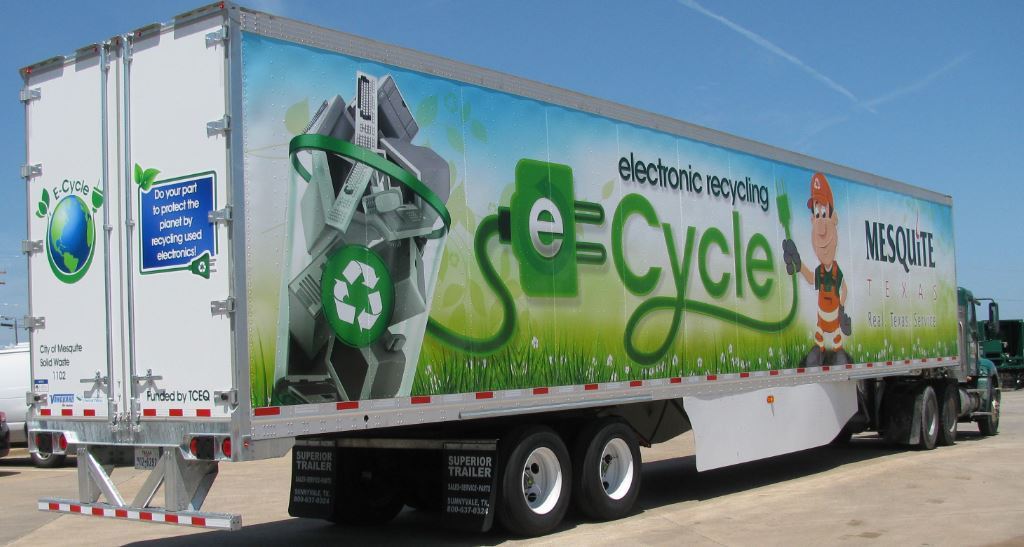 Mesquite residents may drop off televisions, computers, and other electronics at the city's Convenience Center located at 3550 Lawson Road. The Convenience Center is open from 9 a.m. to 4 p.m. and is closed on Wednesdays, Sundays, and holidays. This service is provided free to all Mesquite residents to prevent televisions and computers from going to the landfill or illegal dump sites.

Goodwill Industries and Dell Computers have partnered to create Reconnect, a free program for consumers to re

use and responsibly recycle unwanted electronics. It's easy and it's free. Simply bring in your computer equipment to your local Goodwill store. Proceeds from resale value of donations will be returned to Goodwill Industries to support their mission of creating job opportunities for individuals with barriers to employment. Visit the Reconnect website for more information.

Used computer equipment is a rapidly growing source of waste in Texas and across the country. Starting in September 2008, Texas consumers were provided new options to have their used computer equipment collected and recycled for free. HB 2714 requires computer manufacturers selling in the state to establish free and convenient programs to collect and recycle their own brand of desktops, laptops and monitors sold to consumers.

It also requires retailers selling computer equipment to sell only the products of those manufacturers who develop such recycling programs and file their recovery plans with the State of Texas. Here are some of the highlights of the law:

Retailers are not permitted to sell any new computer equipment from a manufacturer unless the manufacturer appears on the Texas Commission on Environmental Quality (TCEQ) list of manufacturers that have submitted a recovery plan and notification of a compliant collection program to the TCEQ. The list is updated regularly by TCEQ as new information is received from manufacturers. The list is available on the TCEQ website."

In March 2012, Texas consumers were provided new options to have their used television equipment collected and recycled for free.  SB 329 requires television manufacturers selling in the state to establish free recycling programs to collect and recycle their own brand of televisions sold to consumers.  A television is defined as an electronic device that contains a tuner that locks onto a selected carrier frequency and is capable of receiving and displaying video programming from a broadcast, cable, or satellite source that is intended for consumers.